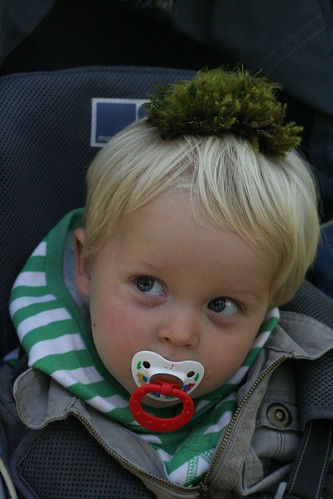 In case someone hasn't already been notified through facebook, we have pictures up from our South Island NZ trip. It is a magic, magic place. Do click through and/or go there.

Did anyone else's education involve being told they weren't special as much as mine did?

Occasionally I'm amazed when I suddenly remember stuff from my past, like that I once shared a house with 11 non-relatives, or that I snorted cocaine and lint with a straw from the pocket of my boss's Hannibal Lecter costume. Usually it's weird stuff that I did in my early 20s, but today I find myself amazed by a couple of contrary suburban educational experiences.*

Firstly, our teachers would continually tell us that we weren't special. This was non-specialness in the sense of a universal requirement to obey orders, but they used to say it with great vehemence, bitter sneering and corner of the mouth saliva flecking.

I also remembered that I, like so many people in movies, had an English teacher who believed I was special, and communicated this in a way that I have always been able to keep inside me like a precious metal coating on my vulnerable internal jellies. Unlike when this happened in movies, though, my relationship with her was limited mostly to typical teacher-student encounters and didn't result in a lifelong friendship, or me overcoming any immediate challenges in the Pennant Hills ghetto. But anyhow, it is amazing to me both that teachers can tell children how unspecial they are in such hateful ways, and that other teachers can continue to find specialness in a never ending stream of suburban children with poor social skills and spotty complexions.

Unfortunately, I found out a couple of years ago that this teacher died of cancer. I would have liked to meet with her now. Not to tell her that because of her, I became a great author, or that without her, I'd be in prison right now, but just to continue the relationship, and to tell her how special she is. She used to pick a line from Shakespeare for each of her year 12 students that represented them to her, and present it to them at the last class.

* This sudden remembering stuff is happening a lot lately. Since my earlier post on prior relationships, I remembered several other incidents that didn't fit into the categories mentioned but that I'm not going to go into as they would seem weird or perverse out of context but definitely weren't. At the time.

The other day Finn was playing in the park with a little girl, about 5 or so. She touched his hair gently and then turned to her mother. "Mummy, is he a Caucasian?"

- we have a breadmaker. We make bread all the time
- I have been working out three times a week
- I have started developmental and biological psych (subject). v good
- richard has been in HK for a couple of days but is now back
- usual sorts of outings - playgroups during weekdays and a birthday party tonight
- feeling more settled than ever in the expat life, but missing the cool people of sydney more than ever

Yesterday I noticed that Finn seemed to be able to kick a tennis ball with his foot while sitting down. So I stood him up and rolled the ball around to see if he can kick now while standing. A few seconds elapsed while we chased the ball around the room, booting it and saying KICK! in a high pitched voice, until I realised - he was saying kick too!

I think he may have said no the other day when being fed, but Finn's first definitely decipherable word is kick

Well, another CNY's rolling around, and this year it's Gong Xi Fa Cai (Mandarin), not Gung Hei Fat Choy (Cantonese) for us. CNY in Hong Kong was also renowned for nasty cold and rainy weather, whereas here it's, you know, still Singapore. Just like at Christmas time, the malls start working up for it pretty early, and these festive photos were taken a few weeks ago, originally for my "jaunt" post on Far Flung Four.

How will you usher in the year of the Rat? 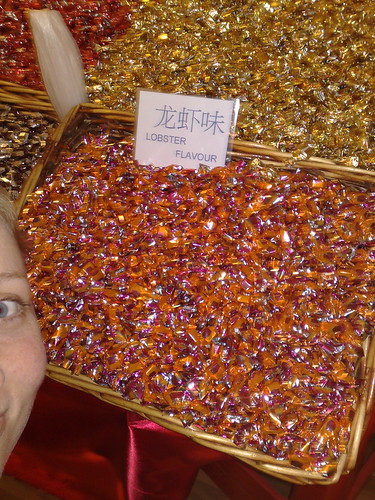 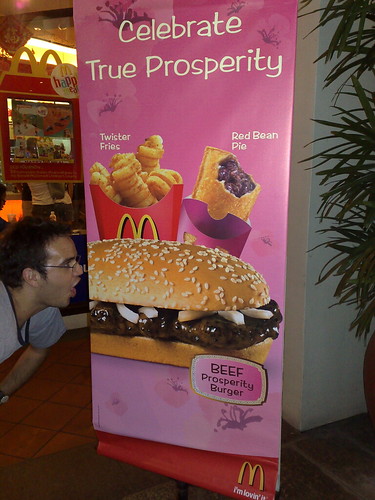 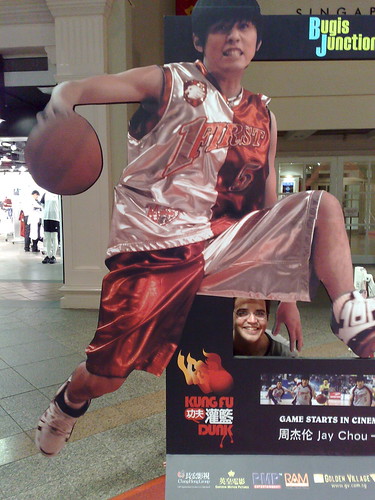 A family flick with Jay Chou? 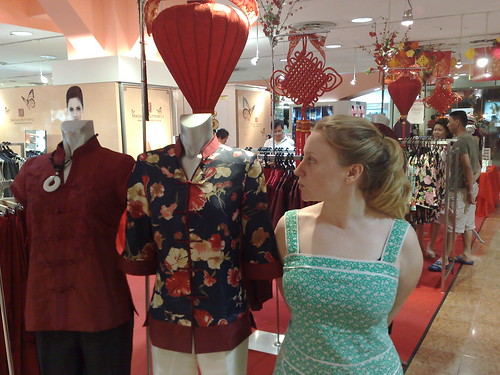 A new Auntie blouse with just a hint of traditional styling? (ps, is it just me, or does everyone look better with no arms?) 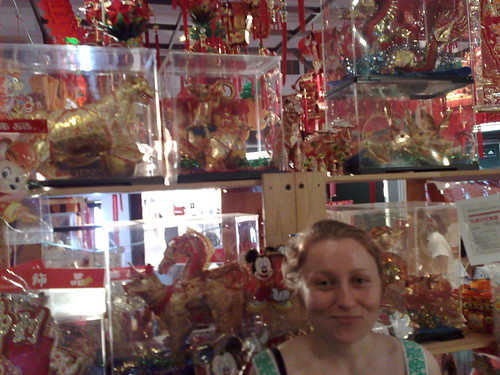 Best to have some festive bling around the house. These were actually amazing folded paper creations, the phone cam couldn't get it. 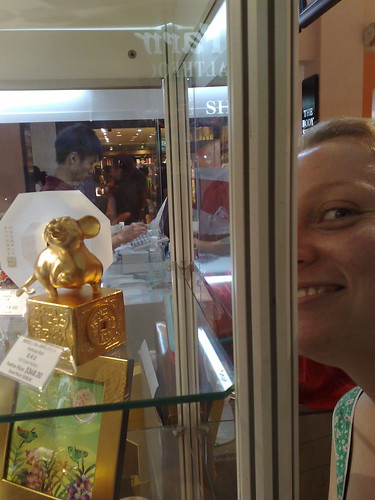 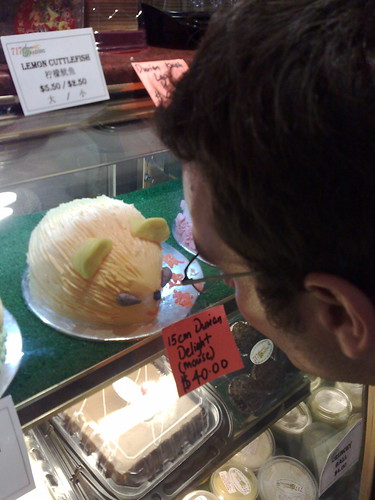 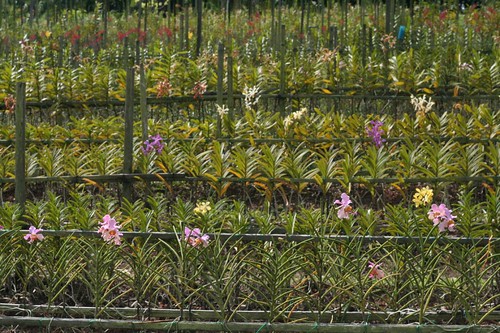 In late November, we went for a drive to the orchid farm. The grass there was a bit scratchy, and the sun was a bit glary. 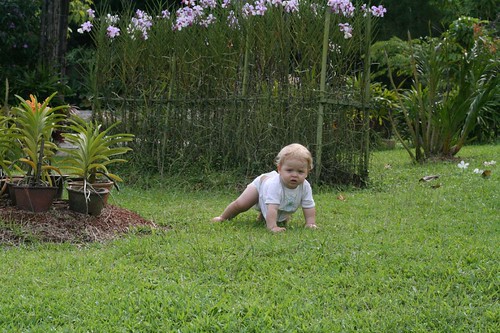 Finn wasn't impressed. But with the prospect of a three course lunch at the orchid farm's restaurant ahead of us, Richard and I weren't so bothered by the scratchy grass, and thought the outing an excellent one. 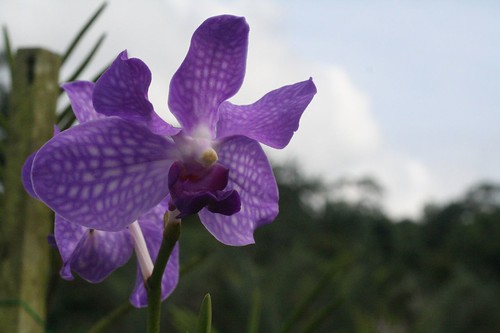 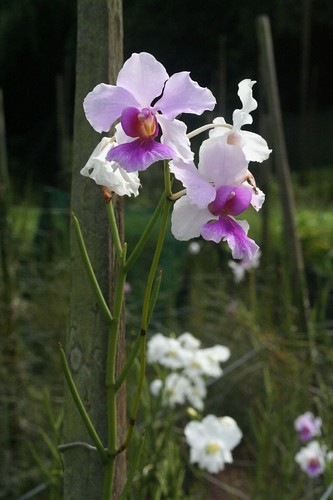 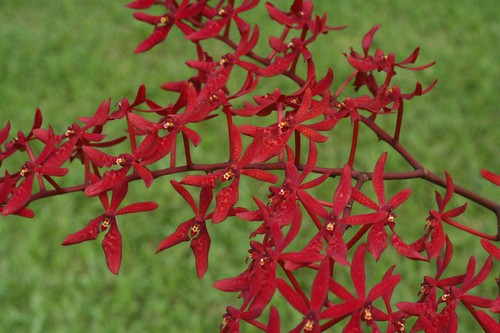 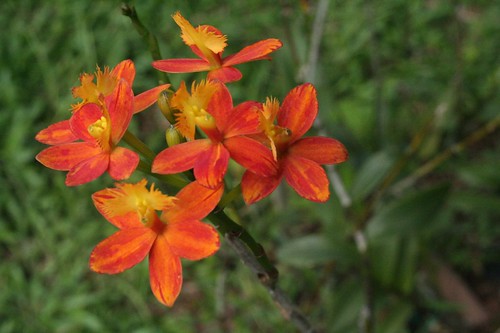 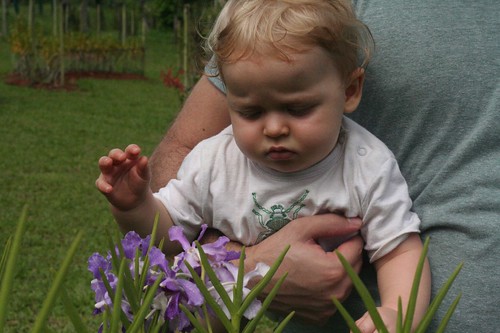 I think the mark I just got for my psych stats subject is probably the highest overall subject grade I've ever received at uni.

How was this achieved? Yes, there was some hard work throughout the semester, but the crowning glory to my study plan was to go to Langkawi just before the exam, putting off all study until this point, and to forget my text books and notes.

At last! My new blog is a collaboration with the lovely Tabitha, Justyna and Beth, called Far Flung Four. You can check it out at http://www.farflungfour.com. We will each be making one post per week on a particular topic, with mine due to go live in I think 18 hours. For now go see Beth's pretty photos on the first topic, pattern.

This LJ is now called Postscript, and will be occasionally updated with leftover bits and pieces I feel like blurting out, which don't fit on Far Flung Four. 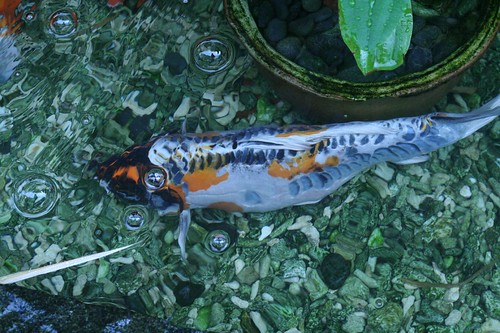 Hmm, the new blog is a while coming. In the meantime, please enjoy this carp!